A recently opened exhibit at the Huntington Library explores the life and work of You Chung (Y.C.) Hong (1898-1977), one of the first Chinese Americans to pass the California Bar. An expert on U.S. immigration laws, Hong was a tireless advocate for equal rights of Chinese-Americans and worked to overturn the Chinese Exclusion Act, a federal law signed by president Arthur in 1882 that prohibited the immigration of Chinese laborers and severely restricted the entry of Chinese non-laborers. (The law was not repealed until the Magnuson Act of 1943.)  In addition to appearing at numerous congressional hearings in the subject, Hong represented nearly 7,000 clients during his career. "Y.C. Hong: Advocate for Chinese-American Inclusion" draws from the Huntington's Hong Family Papers (acquired in 2006) and provides a thorough explanation of this prominent attorney and civic leader. Translation: These blessings I wish for my compatriots:/ Businesses that flourish,/ Fortunes smoothly sought,/ And once that is done, safe and speedy passage home. Y.C. Hong's business card/business flyer, ca. 1928. The Huntington Library, Art Collections, and Botanical Gardens.

Among the photographs, ledgers, and correspondence on display, a Chinese typewriter is a particular standout. Purchased by Hong in the 1930s, the machine features over 2500 characters etched on movable metal slugs in its tray bed. To type, one would move the character selection lever across the character chart, then press down on the type bar. The type bar would then pick up the slug, ink it, and impress the image onto paper. Another impressive artifact is a 1936 document called a "coaching paper," containing hundreds of question and answers Chinese immigrants would memorize and then recite to their American sponsors. (Immigrants could expect to face nearly 400 questions during their interviews.) To avoid arousing the suspicion of cheating among American authorities, clients were advised to destroy such documents. Children of American citizens were eligible for citizenship which sparked a lucrative trade in false kinship papers. Those fortunate enough to evade detection and gain entry became known as "paper sons" and "paper daughters." "Y.C. Hong: Advocate for Chinese-American Inclusion" is on view until March 21, 2016 at the Huntington Library in San Marino, California. More information may be found here.

END_OF_DOCUMENT_TOKEN_TO_BE_REPLACED 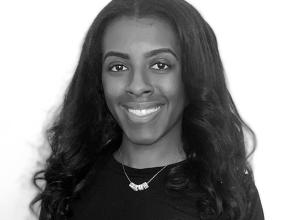